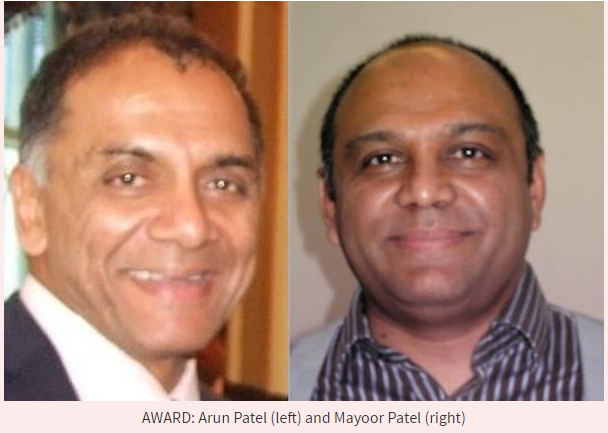 Our Trustees.
Mayoor and Arun Patel were recognised in the Points of Light by British Prime Minister David Cameroon.
In an article on The Bolton News ti﻿tled
Brothers who set up polio charity hailed by Prime Minister David Cameron
The article reported
"Mayoor Patel and his older brother Arun Patel have been given a Point of Light award to recognise their work with the Polio Children charity."

Mayoor explained how he heard the news, when was interviewed on Bolton FM radio

"Forget the New Year's honours, these are the UK's everyday heroes"

One of our trustees Mayoor Patel was one of those heroes, he was recognized  in January 2016 for his charity work in India and Africa

Here is what the independent had to say

"Through several charitable endeavours Mayoor has assisted thousands of children disadvantaged by poverty or ill-health in Africa and the Indian sub-continent, often helping them to gain access into university education. Over the years he has been instrumental in helping raise over £1.5m for his charities."

Mayoor Patel was nominated for this award by his friend Vilas Patel.

​She said to the Bolton Evening News